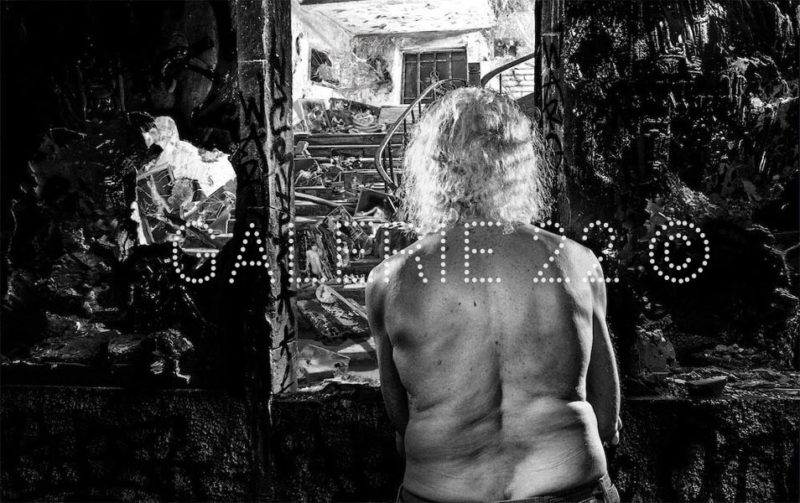 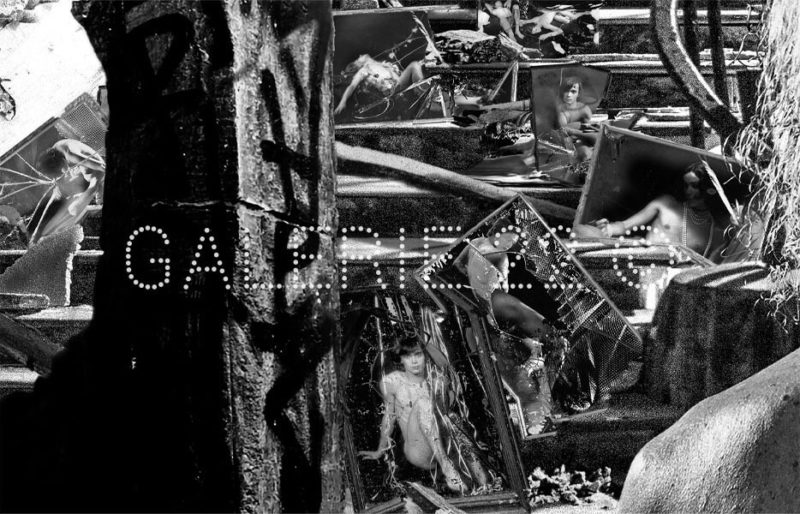 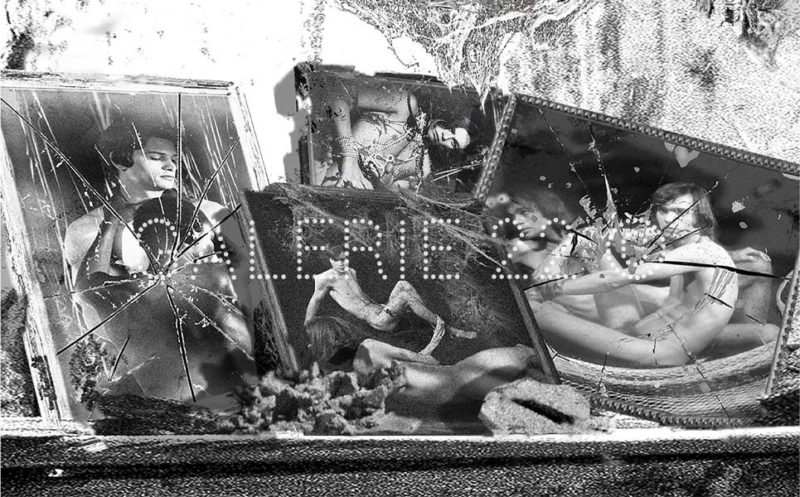 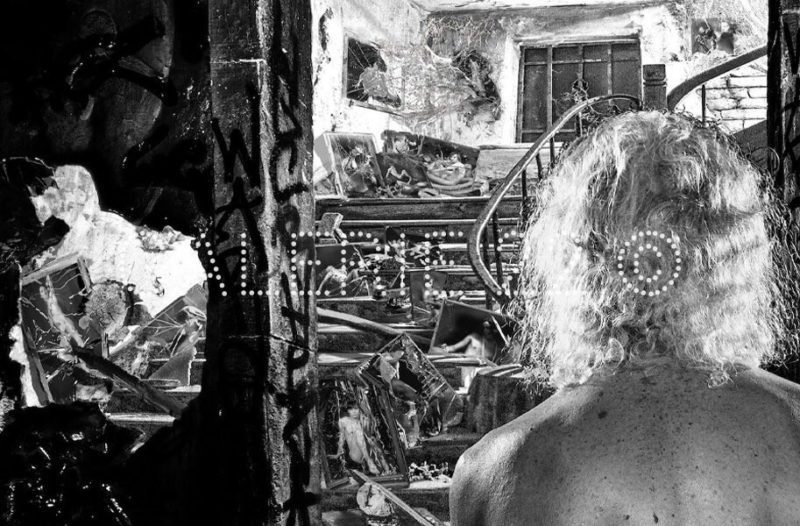 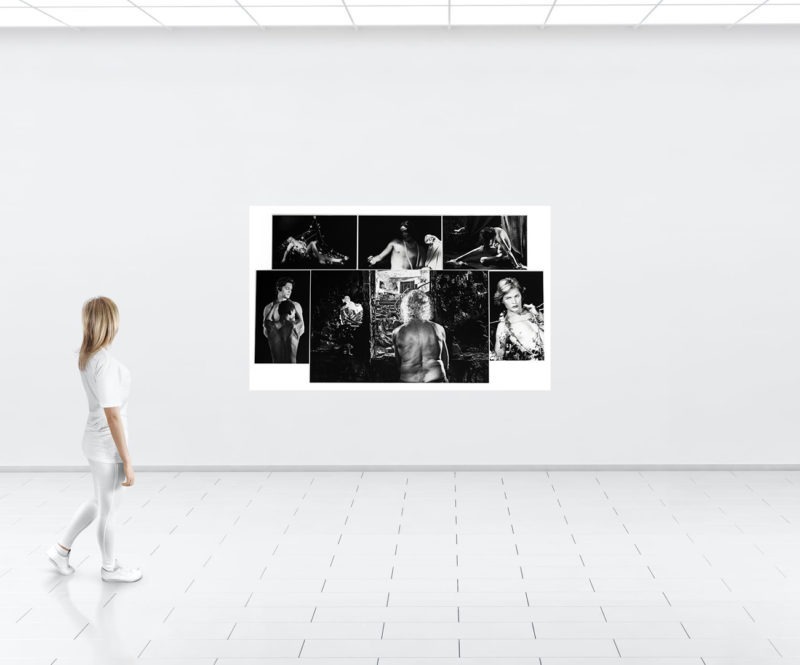 The polyptych presented here forms a bridge between old works (1970) and the very recent image (2018) of an aged man. We do not know if he cries or smiles in front of the Eros of yesteryear; nor even if he recognizes, around him, those young people who were and remain only by the still image, a fraction of the time stolen from time.