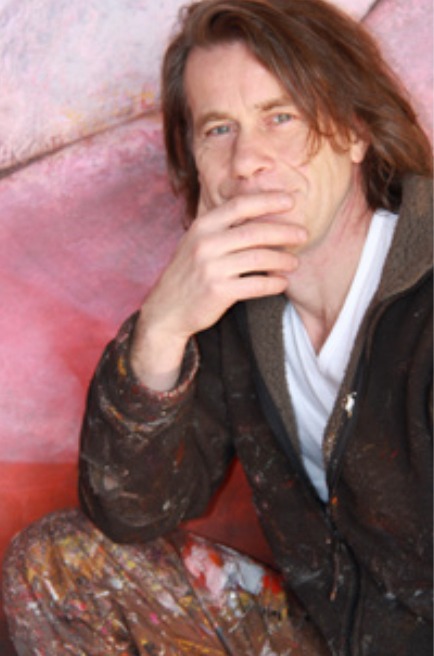 This work by Etienne Gros is unique. I don't know if he invented the technique, but in any case he has found a magical way to draw with smoke. It is magnificent! Suddenly the lines of traditional drawing were erased, there were no longer the boundaries between the two. there were no longer the delimitations of the line of the graphite, charcoal, sanguine, pastel, or pencil encircling the forms, but everything became volumes, plays of shadows and lights. Like a genie coming out of Aladdin's lamp, like a genie (often feminine) coming to slip between Etienne's fingers to take shape between the wisps of smoke. And the invisible became visible.

And on the white sheet of paper came to rest without effort or violence, round shapes, living shapes, senseless shapes of an incredible truth. Drawings at once precious and subtle, as if born of an inner alchemy in which air currents and dust mingle, drawings at once light as eroticism and strong as the quest for an elusive beauty, drawings of voluntary particles in particular particles, drawings deposited on the paper fibres like sighs filled with waves, or like frequencies in harmony beyond the spectrum, Etienne Gros' smoke drawings also take us back to the birth of to the birth of humanity, when the fires of the first men left the indelible trace of the fire of their lives, on the walls of the caves in which they had stayed.

The great finesse of the variations of grey laid on the sheet is also, beyond the technique, the symbol of Art as a whole that exists in transcendence. Etienne Gros' smoke drawings are both full of poetry and meaning, because what is simple is often essential. Drawing with smoke, what a magical idea!