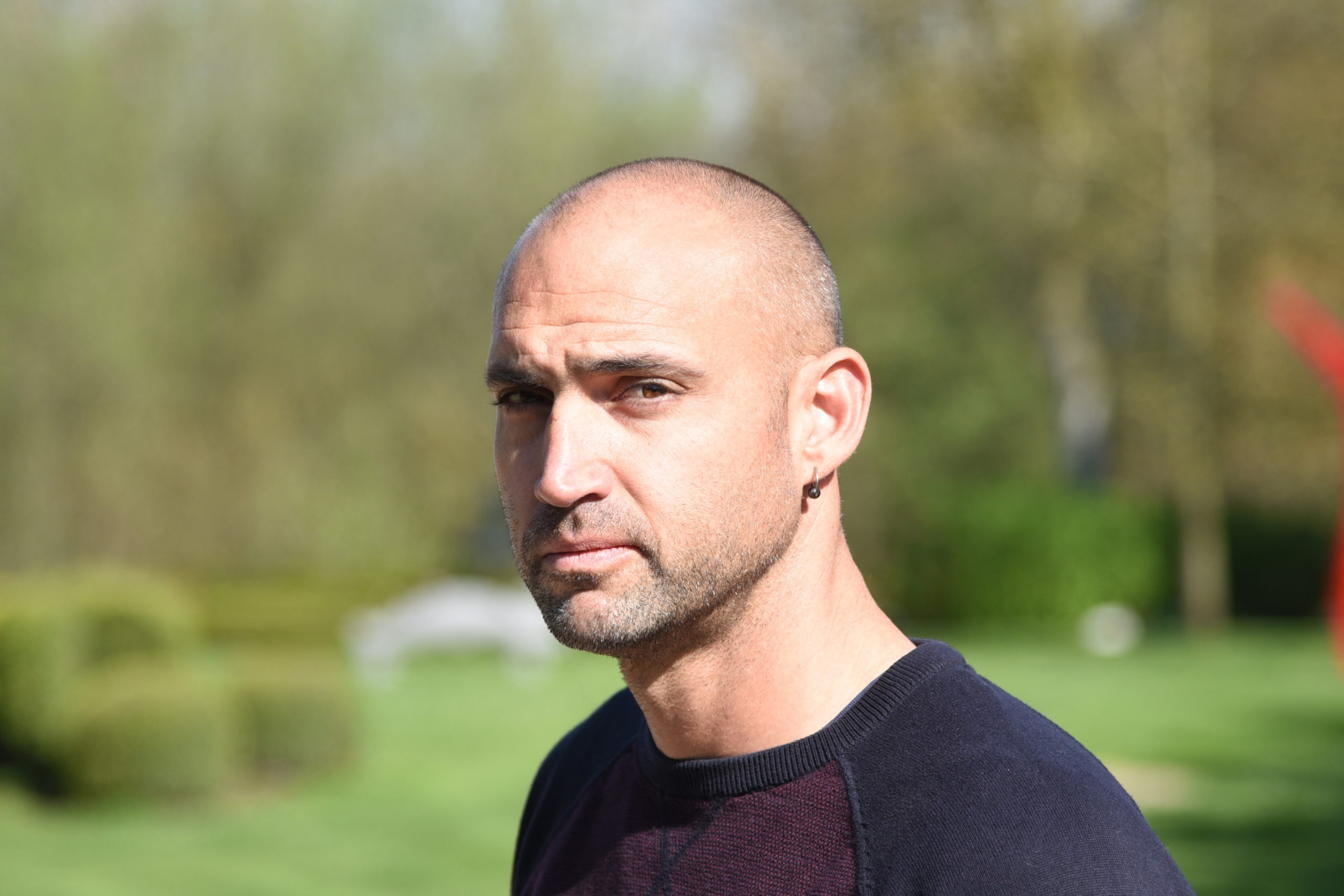 His current work is based on the destruction of an oblong volume. This form, which he considers as primordial as the sphere or the cube, constitutes the red thread of his approach.

He uses sheet metal two millimetres thick. The circles that he shapes to create his sculptures have for him the symbolism of the cycle, the eternal restarting, the plenitude and thus Life.

The latter evoking the movement.

The artist has a very strong interest in the movement of his sculptures. The latter evoking movement. He likes the idea of contradictions: giving movement to rigidity, exploiting the technical properties of iron to generate "stable imbalances", working with patinas to create confusion about the material his works are made of. The field of investigation is wide and his need to vary the nuances between each piece, makes him oscillate between sculptures very much in movement and others playing more on contrasts of materials, or even both.

He has no other pretensions in his path than to give to see works with harmonious and singular forms.

His creations have no name because none seems relevant to him and he likes the idea of total freedom of interpretation.....