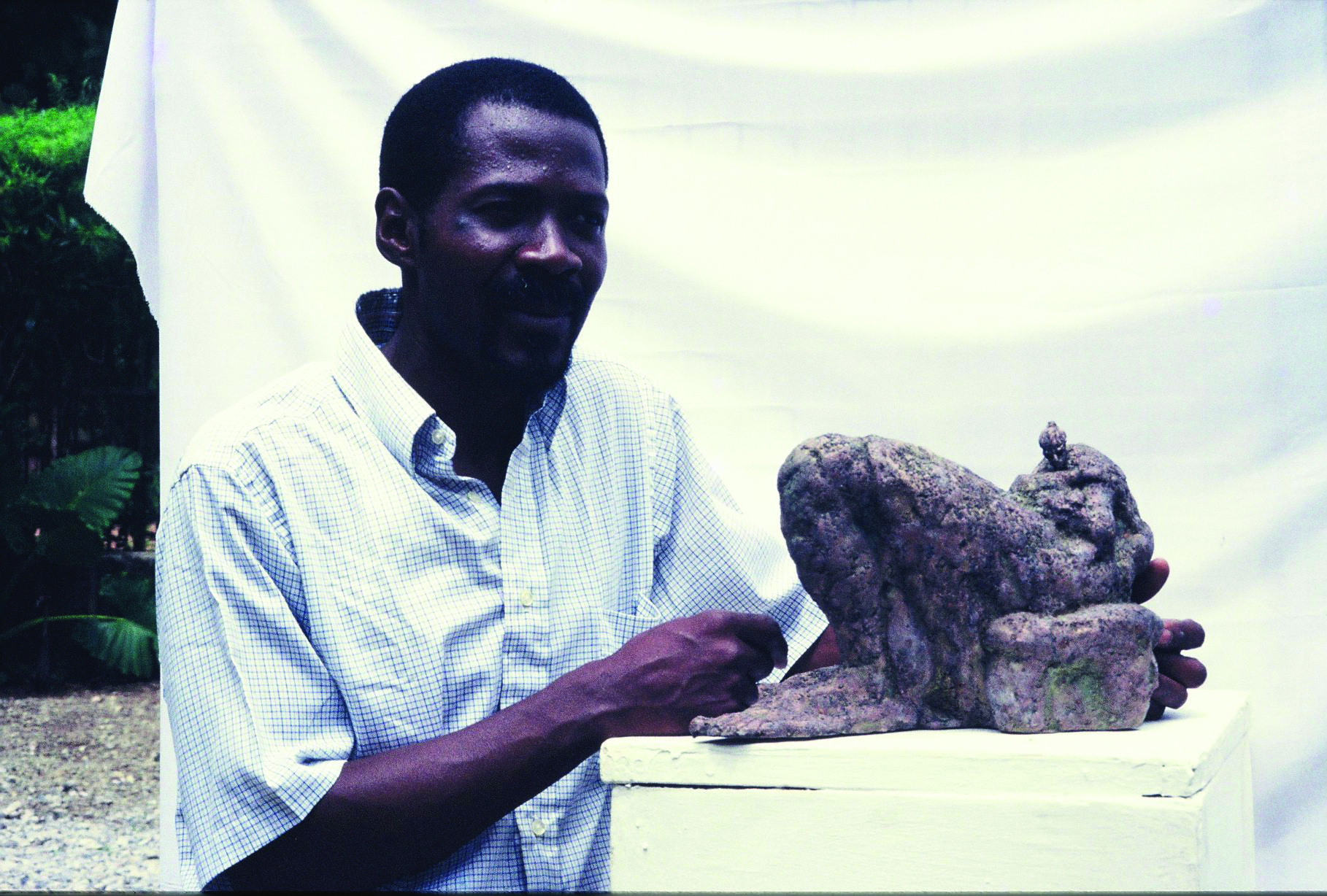 A graduate of the National School of Arts in Dakar, Mouhamadou Ndoye 'Douts', 40, recreates the chaotic world of African cities in his work. Medina, the neighbourhood where he lives and works, is his main source of inspiration. It is its chaos that inspires him. The disorder that bathes the city agitates him. The fertile and creative instinct surprises him on his terrace-studio overlooking the old buildings of the city and the vast blue expanse. Between the sea spray and the scent of the neighbouring Soumbédioune market, he has an ideal tower from which to observe the hustle and bustle, the tensions and the clumsiness of the city.Douts does not spare his taste for colour. It's what feeds the eye', he says. Without hesitation his brush dips into bright colours. He combines the vibrant colours that the vibrant decor of the Medina naturally offers him. His captivating tones are at the same time a symbol of gaiety and life. The bulimia of detail is without doubt the most striking element in Douts' creation. He is fond of environmental props, but his brushwork retains an allusive force that recalls the style of the expressionists. The human figures are deliberately suggested by the blurred, sloppy contours. It's the architectural chaos that interests me', says the artist. Exhibited at Beaubourg in 2005 ("Africa Remix"), Douts is also a video artist and has won awards for an animated film; "Train-train Médina".

Lives in France Born in 1959 Lives and works in Nigeria.Kehinde Ken ADEWUYI's sculpture immediately places us in space. The earth is affirmed by the imposing mass of the feet, the sky on the other hand is indicated to us by this small head emerging from the end of the work. The light, the sculpture's natural ally, first reveals the seat, but leads us irrevocably to the tiny point that is the head. These women and men are welded to the ground, to the earth, the feet are enormous, disproportionate but remind us that in every human being they are indispensable. The head is nothing and can do nothing without the foot. Between these two extremities, the body operates the junction between heaven and earth, between spirit and animality. This body, with its expressionist, deformed appearance, is often folded in on itself and awaits the moment when it can finally develop and unfold in space.