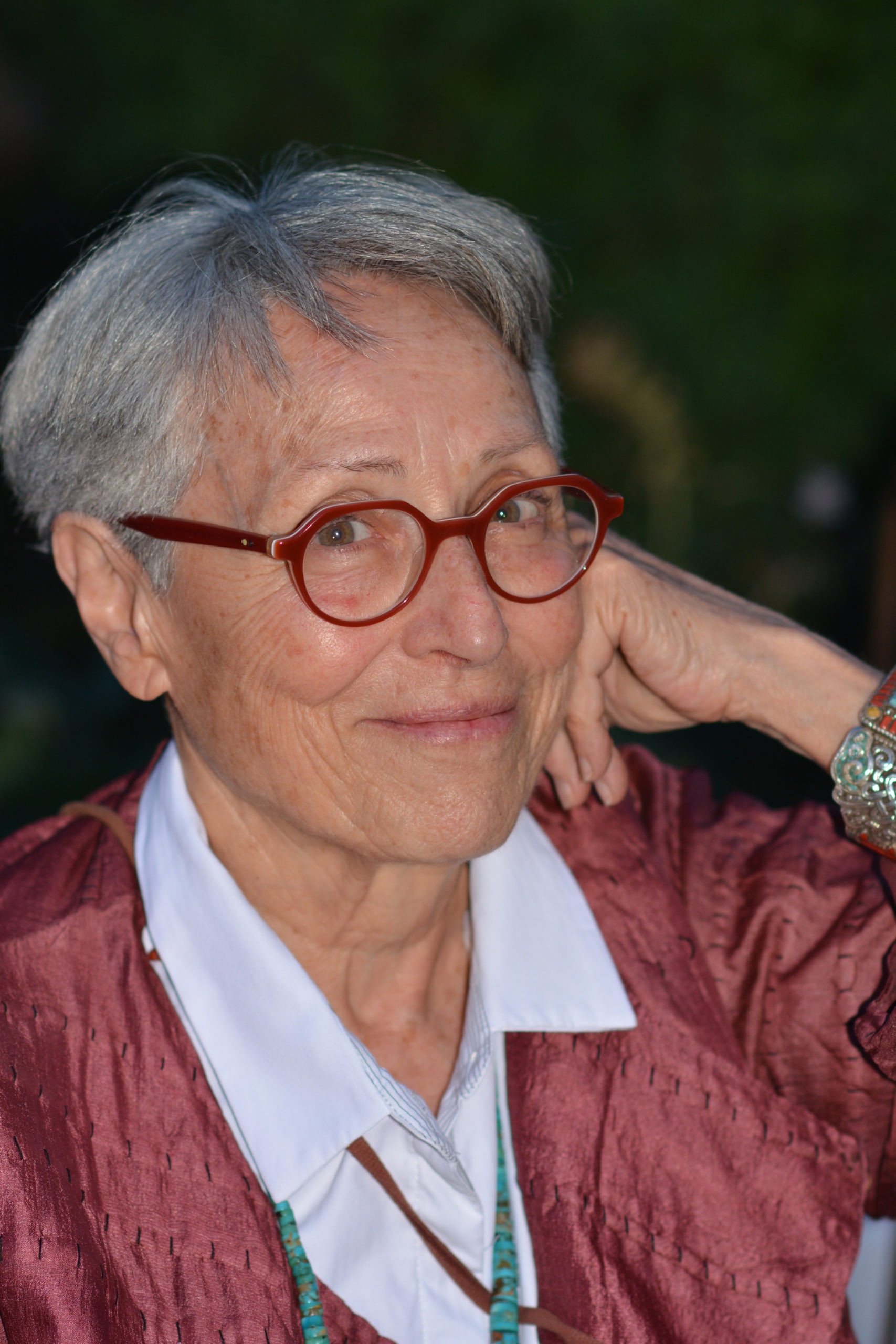 When she engraves, the movement of the world seems to leave her eyes: the comings and goings of others, the gestures, the rumour, the images, the signs, everything that follows like a wake the white or black sailboats of life, everything fades away. His face is absent: the impassive hardness of a mask.

But the gaze burns inside; an inverse gaze, thrown like a probe into the secret depths where a tumult of impulsive forces, of flaming emotions, of dreams that blaspheme and cast spells, gathers, clenches, in a crazy, solar core. A universe of stone, water, fire and air, inhabited here and there by monsters that laugh atrociously or debonairly, crossed by restless glances, shaken by fleshy embraces, brushed, sometimes, by feathery tenderness, by delicate emotion, rises up with the swells, with the lava, up to the hand that scarifies. A fantastic and fantastical universe, the dark brother of the other, with its black humour and barbaric rites, its own order, its disorders, its happiness, its horrors and its doubts.

When she engraves, what from the beginning has been the only thing she has done.

When she engraves, what first gnaws at the copper is her will to extirpate what haunts, her stubborn rage to survive, the slow emergence of a conjuration.

And, when she draws, freed from the digging harshness imposed by the metal, it is a quite different peril; less abysmal, simply inscribed in the weft of this paper, handmade, which she has chosen because it has nothing flatly docile about it. Rebellious paper, which she sometimes impregnates with vivid inks, which she tears or crumples like a rag; complicit paper, since it then affects a strange patience, the almost living elasticity of parchment; but rebellious again and always, because the grain of this skin, its marbling, its peeling, its random tattoos, - this shivering of epidermis - conceal traps that could well seduce.

Thus clash, when she draws, in the necessarily precarious balance of connivance and challenge, her pleasure and her vigilance. a playful confrontation, where the fantasy and sensuality of her imagination are sharpened, and her passionate curiosity for the beauty of living, for the female enigma that is perhaps life.

Then, on this gruff and tender paper, the plot of colours and light, which annoys death, can be woven: prodigious gesines of women whose wombs have ripened fabulous bestiaries; animal metamorphoses; organic chimeras that smuggle across the border of reality and then, in the attentive wandering of her gesture, in the aerial gliding of the pencils, clusters of breasts, heaped up in mother earth landscapes, up to the nourishing garlands of a dishevelled Milky Way. ..

When she draws, perhaps a witch's party is lit, sowing "whims"... But above all life is exalted, the unusual and joyful scandal of life. In this time of slow death, the recumbents are astonished.