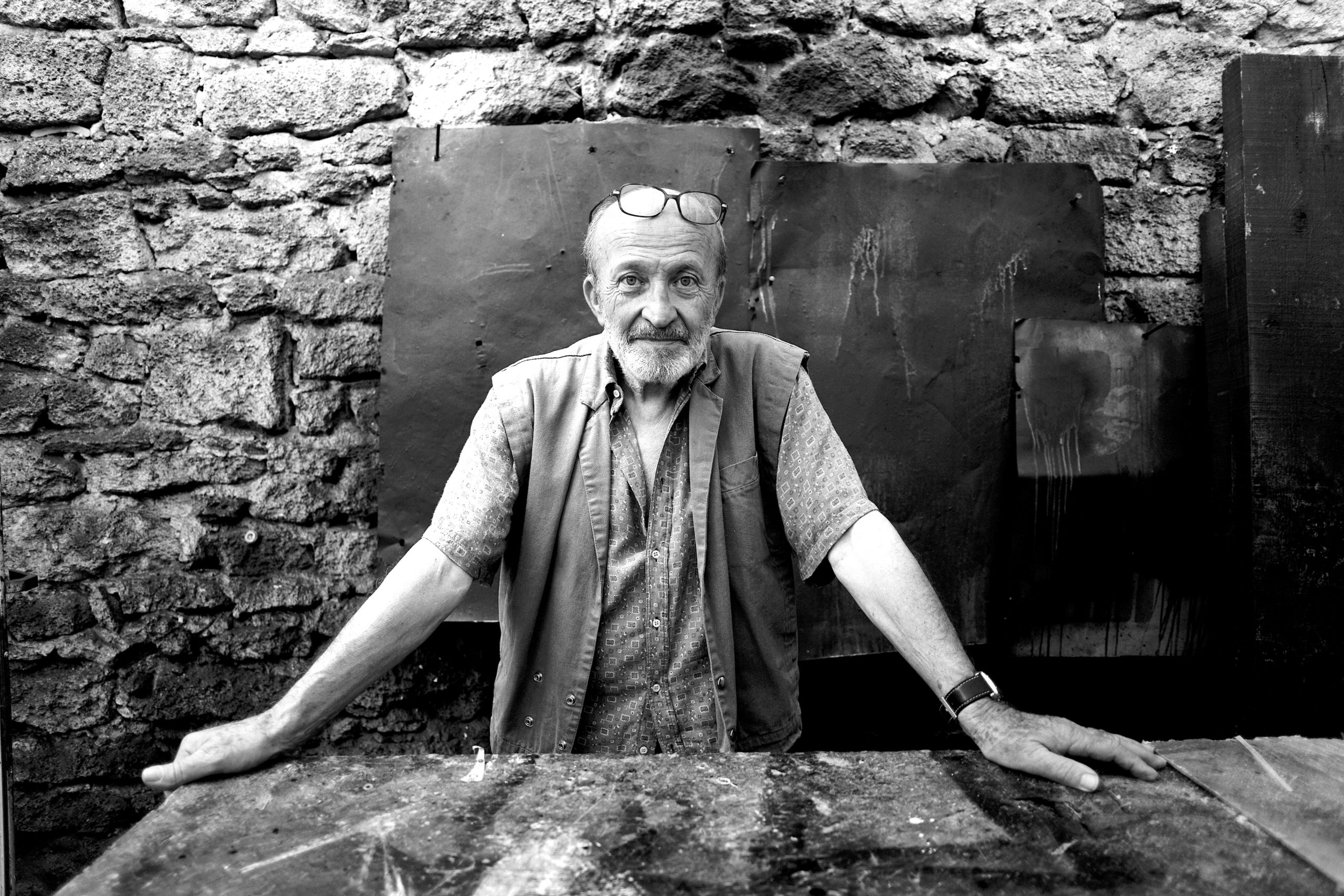 My identity is that of the peasants of the Ardèche, slow men who need a lot of time to say things... with the little with the simple.

I oscillate between the serenity of origins and the tears of life.

In my work the material is not only a means to serve a thought, it also participates in the formation of the idea... this work has sometimes a raw, almost primitive aspect - sometimes more sophisticated.

I like simple, uncluttered forms. I tend to free my work from the anecdotal, to decant reality from its dross, from its heaviness.

I want to go towards the essential, to blossom in the sobriety, the simplification of forms... I tend to get rid of all accessory effects... stones, traces, fossils, dolmens, caves... primitive works rather than classical ones, all this fascinates me.

My work is full of images that come from afar... vestiges of an elsewhere... and yet are of our time.

My works do not lose their identifiable markers between imagination and reality...

between hoped-for serenity and heartbreak

The liveliness of life, the idyll and the rupture.

"I want to go towards the essential, to blossom in the sobriety, the simplification of forms. I try to work towards the universal".

THE sculptures are objects that speak for themselves. They tell of the paths followed, the paths stolen ... there is nothing to add ... NOTHING ...