Svetà Marlier is a sublime draughtswoman and a talented painter. 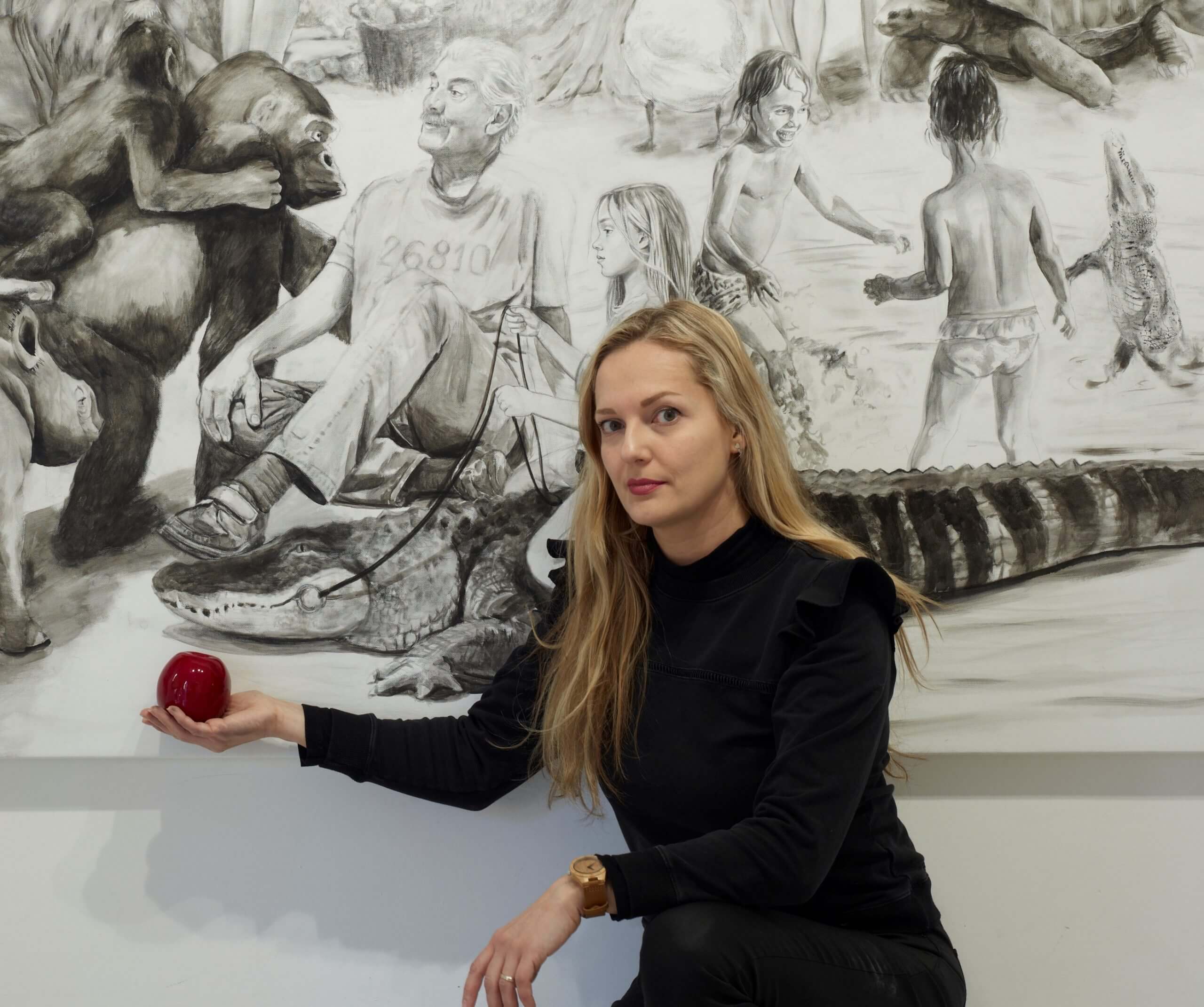 “Ever since Malevich (1879-1935) and his “degree 0 of painting”, reached at the dawn of the previous century, we know that figuration remains a perilous exercise. From this unexpected assault by a painter whose early figuration had turned into radical abstraction, artists have responded in many ways to rescue figurative art from this premature condemnation. So, more than a hundred years after The White Square on a White Background, how do figurative artists still “stay in the game”?

One possible answer lies in the work of Svetà Marlier, also of Russian origin and living and working in Nice… It is, for example, by mastering drawing perfectly, and by stripping it to its plastic essence – the line. Also, by skilfully mixing the representation (subject) with the singularity of a presentation (manner). Or by adding a good dose of mystery to the subject, which turns the sensory experience into a metaphysical trip…”